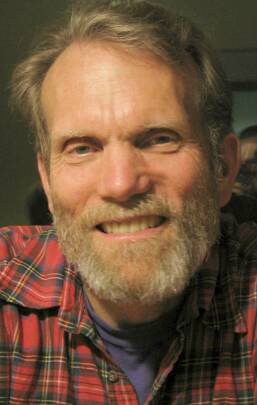 I have worked in the sciences and software engineering since 1978, when I earned my Ph.D. in biophysics from UC Berkeley. I've had extensive experience with designing, creating, managing, and maintaining large technical projects, particularly where software needs to closely support underlying physics and/or biology.

I worked for many years with computers, mostly in the scientific field. I have facility with many programming languages -- primarily C++ these days -- but a long history including several assemblers, Fortran, C, and various scripting languages. I have written many hundreds of pages of specifications for complex systems. I have written user manuals and reference cards. I've worked in a variety of software environments, including Windows, Linux, embedded systems, and several older real-time systems. I have designed software systems of various sizes, from simple modules to large distributed systems. I have a reputation as a skilled debugger -- from using various modern tools, all the way down to probing embedded hardware with an oscilloscope and logic analyzer. I have worked as a project manager with up to a dozen engineers reporting to me, I've worked on teams of dozens of engineers, and I've worked on my own.

For three years I was the chief scientist and project leader for an advanced machine vision system, using multiple cameras to monitor industrial processes for quality control. I designed the overall architecture of the system, including all the TCP/IP protocols, user interfaces, file systems, and system synchronization.

I managed a small team of engineers developing a cellular packet system to automate utility meter reading tasks. I developed the packet architecture for the system.

For over two years I developed the self-test subsystem for a microchip tester -- testing the tester. This was designed to test chips that operate at microwave frequencies. I was involved in the verification modules -- to guarantee the system could meet its specifications.

I founded and ran a company, Samkhya Corp., that created data reformatting software PIK'r and MacroPIK'r. This allowed users on PCs to import data from other computers without having to retype it. I designed the product, supervised its development, and managed the documentation, packaging, marketing, and sales. (These products will still run nicely in a DOS window on any Windows PC, although there are some limitations.)

If you are interested in either PIK'r or MacroPIK'r, they are still available for download from some shareware sites. I still have the original source code and build kits in case anyone might want to take on the product.

I have over the years been involved with various scientific software projects. For instance, I've written programs that simulate the migration of cancer cells, that measure the "work of breathing" for premature infants, that manage real-time data collection in a medical research lab, that perform complete pulmonary diagnostic testing, that measure brain wave frequencies and other physiological data, and that measure the magnetic properties of oil fields.

I managed the water and sewage systems at the meditation center I lived in for about 20 years. During that time I served on the land use planning committee, and spent a lot of time outdoors, on the land. I worked as a field assistant on a water quality monitoring project on the Santa Margarita River, near San Diego, California. While I was in Calistoga I volunteered on Napa County's Park and Open Space Advisory Committee. I am a student in the Kamana nature awareness program.

I'm currently taking an extended sabbatical to investigate "alternative" healing. This is an area that's always fascinated me. I've taken extensive training in several areas -- to acquire hands-on experience. The rest of this website tells a little of that story.

Briefly, I've been a serious student of mysticism and spirituality since 1968. In 1995 I attended the year-long "Lomi" somatics training. Then massage school. Then a six-month class to learn more about psychic reading. For the last five years I've worked under several master shamans, intensively training and actually working with clients. There's lots more too...